A project is underway that will change the landscape of Trajan’s Forum in the heart of Rome.

The Basilica Ulpia, built by the architect Apollodorus of Damascus at the behest of the Emperor Trajan between 106 and 113 AD, is to receive a new lease of life thanks to a €1.5 million donation from an Uzbekistan businessman.

The patron was convinced to donate the funds for this purpose by the former mayor of Rome, Ignazio Marino, who announced the news on social media with the message: “Today is truly a very beautiful day.”

Marino recalled that after having pedestrianised Via dei Fori Imperiali in 2013 he oversaw the raising of seven columns at the Temple of Peace and opened excavations at Via Alessandrina, in addition to introducing a new lighting system and launching popular light shows at night in the Forum of Augustus and the Forum of Caesar.

The effect will add a whole new dimension to the ancient site – once dedicated to the administration of justice and commerce – granting visitors a better grasp of the vast scale of the building which collapsed in the mediaeval era, its ruins pillaged for construction material. 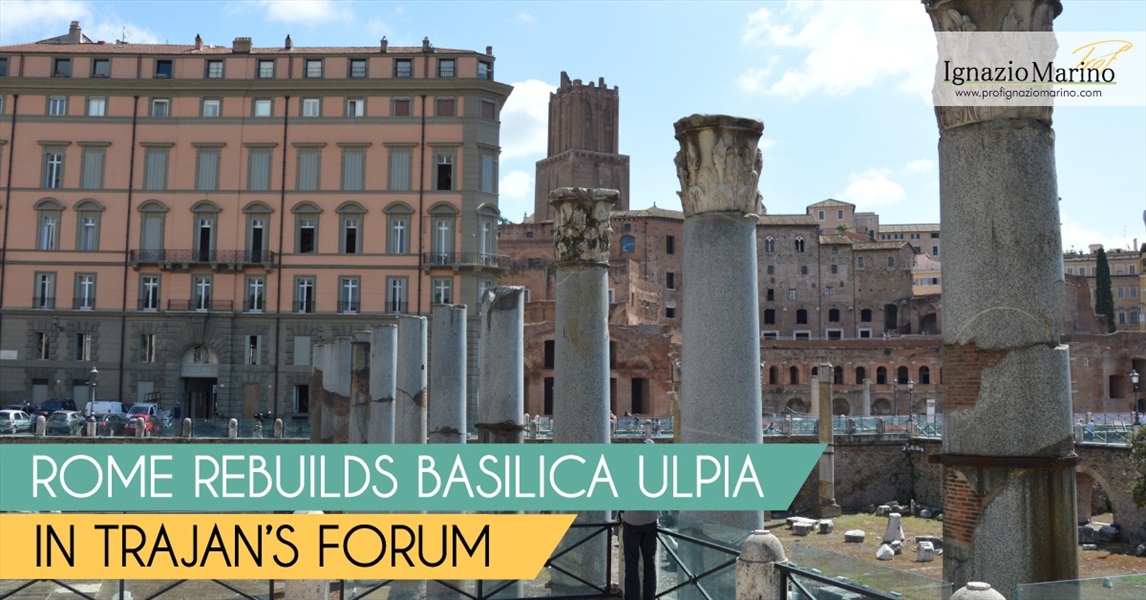